Alzheimer's disease affects millions of adults and their loved ones every day. In most people with Alzheimer’s, symptoms first appear after age 65. It is estimated that over 5 million Americans age 65 and older suffer from Alzheimer’s disease.

What is Alzheimer’s disease? 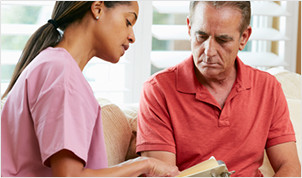 Alzheimer’s disease is a progressive brain disease that gradually destroys memory and reasoning skills. The most common early symptoms include problems with verbal communication, confusion, behavioral and emotional problems and short-term memory loss.

As the disease advances, the capacity to carry out the simplest tasks becomes more difficult and eventually leads to loss of bodily functions and ultimately death. Although the rate of progression can vary, the average life expectancy following diagnosis is three to nine years.

Alzheimer’s ranges in severity from the mildest stage, when it is just beginning to affect a person’s cognitive skills, to the most severe stage, when the person must depend completely on others for basic care.

Alzheimer's disease accounts for 60 to 80 percent of dementia cases.

Alzheimer's is the most common type of dementia, a general term for memory loss serious enough to affect a person's ability to perform everyday activities. Dementia is not a specific disease. It's a universal term that describes a broad range of symptoms associated with the degeneration of memory and related cognitive functions.

Dementia is often inaccurately referred to as "senility," which specifies the once widespread but incorrect belief that serious mental decline is a normal part of aging.

How Are They Different?

When someone is diagnosed with dementia, they are being diagnosed with a specific group of symptoms. This is comparable to a person who has a stomach ache. Their stomach hurts but it is not known what is causing the actual symptom. It could be food poisoning, stomach flu or indigestion. Likewise, when a person has dementia they are suffering from symptoms without being informed of the cause of the symptoms.

Another main difference between the two is that Alzheimer’s is a degenerative and incurable disease, while there are some forms of dementia that are treatable.

Once a cause of dementia is diagnosed, the appropriate steps and treatment can begin.

There are many other conditions which can cause dementia, which is why it is vital for patients to obtain an accurate diagnosis early on in order to get proper treatment. The following are some of the most common types of dementia and their causes.

When to seek care

There are three stages of progression for Alzheimer’s disease. Mild Alzheimer’s is the beginning stage where early signs and symptoms are usually observed. Moderate Alzheimer's is usually the longest stage and can last for many years. As the disease advances, the person with Alzheimer's will need a greater level of care.

As the disease progresses, you may notice the person becoming frustrated or upset, confusing word meanings or acting out, such as refusing to eat or take their medication. It will often become more difficult for the person to express thoughts and perform everyday tasks.

In the last stage of the disease, individuals lose the ability to react to their environment, to conduct conversations and ultimately, to control movement. They may still speak words and phrases, but basic communication becomes too difficult. As memory and cognitive skills continue to deteriorate, changes in the individual’s personality may occur and the need for fulltime care will become required.

At this stage, the person may:

Late-stage care decisions can be some of the most difficult for a family to face.  The final stage requires care for the individual round-the-clock and some families may not have the ability to provide nonstop care themselves.

There may come a time when the person with Alzheimer's disease or dementia will need more care than can be provided at home. During the moderate stage of Alzheimer's, it becomes necessary to provide 24-hour supervision to protect the person from wandering off or injuring themselves. As the disease progresses into the late-stage, continuous care becomes more intensive.

The following are types of care offered for those suffering from Alzheimer’s disease: 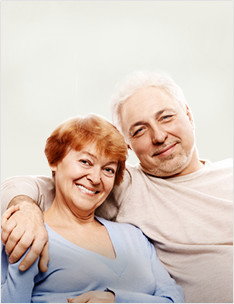 What Pacemaker Fits Your Needs?

For individuals with heart problems, pacemakers can be a profoundly helpful device. These implants... Read More >

Being Truthful When Receiving Health Care - Why seniors may not be upfront...

Caregivers often express concern that their loved ones aren't necessarily being totally truthful in... Read More >